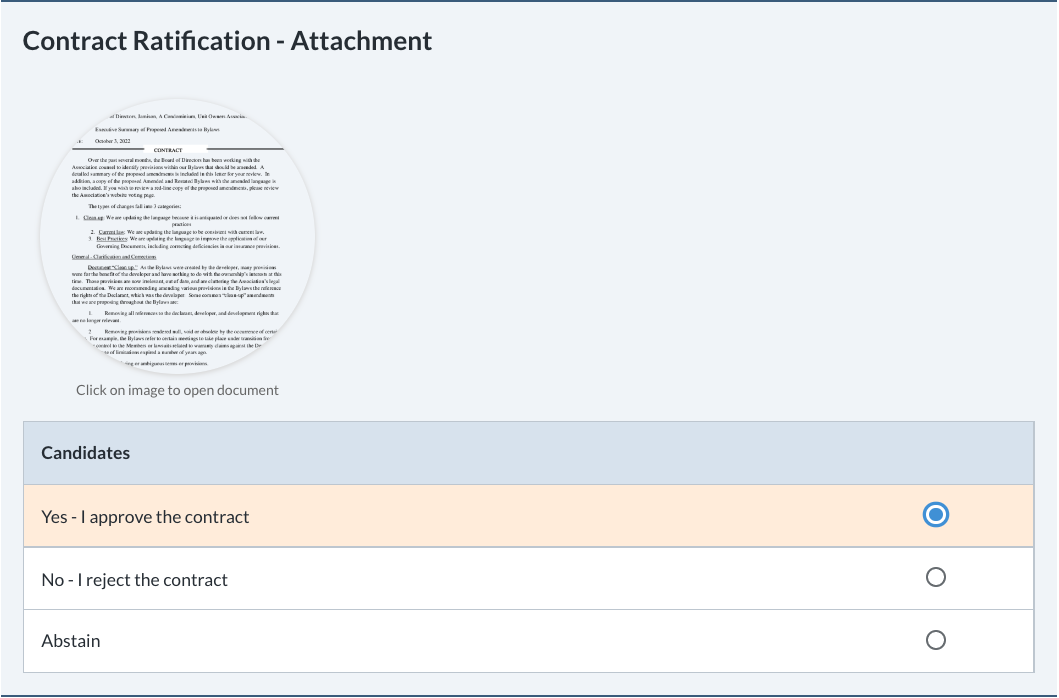 In approving or ratifying a contract, the typical process is for members to read and review the contract along with any associated or supporting documents, and then vote either to “accept ” or “reject”. Voters choose either one of those two options or abstain  from the vote. This type of ballot uses Plurality Voting, and if more than 50 percent of the voters approve or vote in favor of the contract, the contract is ratified.

Voters choose to either approve or reject the contract by reviewing a proposal summary outlining the key items within the contract.

Rather than providing the voter with a detailed document to review, the ballot has a summary of the contract including the key contract terms, allowing voters to focus on the key contract changes as part of the ballot instead of having to open an  attachment. Members review the statement and then vote to either approve or reject the contract or can abstain from voting if they have, for example, a conflict of interest.

Voters review the proposed contract and provide any comments or suggestions about the contract terms. 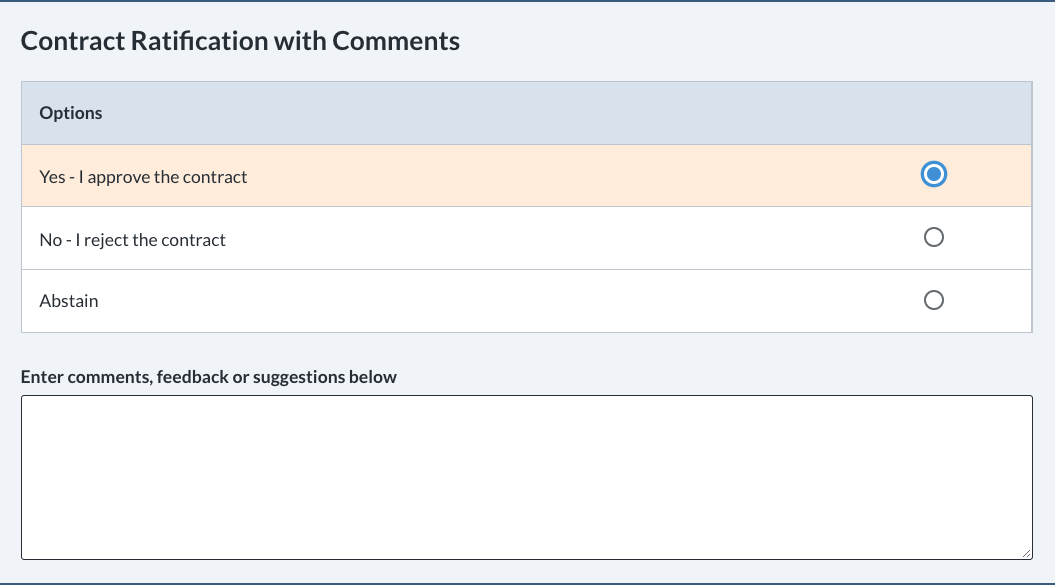 Similar to the two prior examples, voters view the contract and choose if they approve or reject it. They can also choose not to vote by abstaining. In addition, members can also add feedback in order to capture member sentiment or obtain key review points about specific contract terms.