The Process of Voting on a Motion 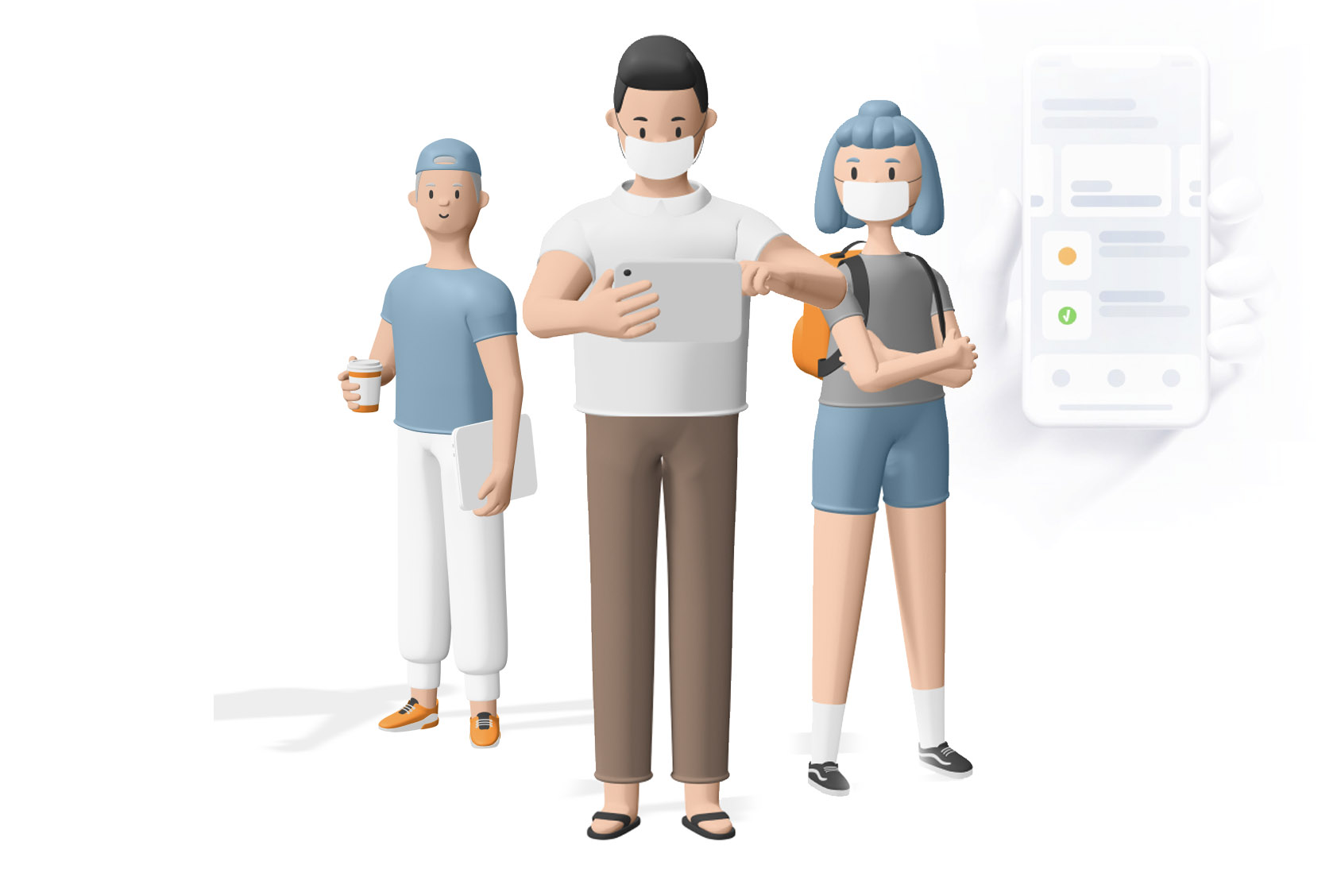 What is a Motion Vote?

During a meeting/assembly, motions can be called. A motion is a formal way of introducing an idea or concept (usually some kind of call to action) for consideration before a group of people. Motions are extremely common in formal meeting procedures and are a fundamental part of parliamentary procedures. For example, taking a recess during a parliamentary proceeding is spearheaded by calling a motion to take that recess.

Motions are unique in that they are kind of like an impromptu election. Some planning goes into a motion, but that planning is performed by the mover (i.e., the person suggesting the motion), and therefore, other members and leaders of the organization may not know what the motion is ahead of time. The motion only becomes a topic for consideration if someone (the seconder) seconds the motion.

Motions can even be amended once moved. Each amendment is treated as a motion, and the motion can be approved/disapproved in separate sections based on the amendments. However, once all the amendments have been voted on, the entire motion, as amended, will be debated.

Different procedures will have different requirements for whether a motion is approved or disapproved. Commonly, it is either a simple majority or a two-thirds majority, but it can vary.

As mentioned, a motion is relatively spontaneous compared to other elections. There is little potential to prepare a ballot in advance of the voting period, and ballots cannot be edited while an election is live, so there is no way to get an election running and then add the details of the motion to the ballot after the fact. Therefore, the best way to handle motions at a meeting while using ElectionBuddy is to create generic referendum-style questions using a plurality voting method.

Having a ballot like this in an election launched ahead of time allows you to tackle voting on a motion quickly and easily. You can even use the comments box to request amendments to the motion!

If you anticipate multiple motions from the floor, it makes sense to make a series of elections with ballots like the one above. 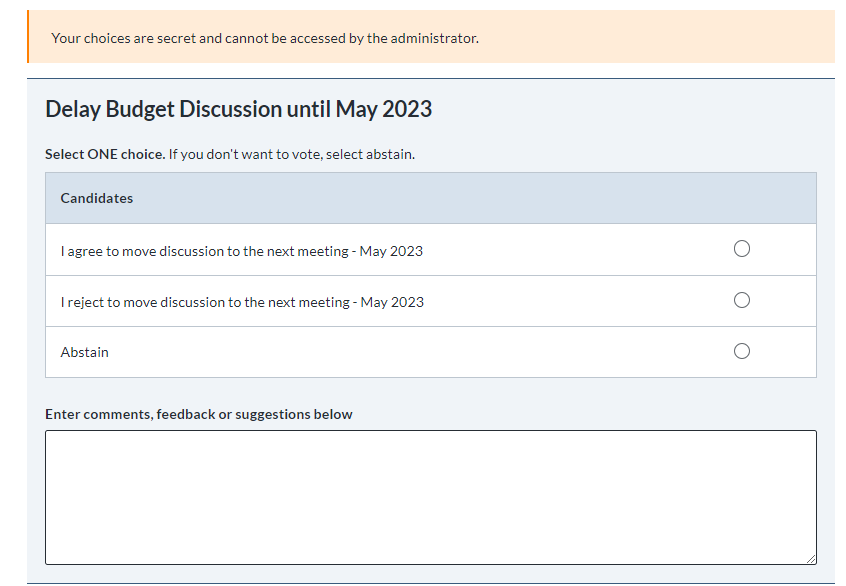 Common features used when building a ballot for a motion vote include:

Who Can Make a Motion at a Board Meeting?

Some governing bodies will only allow certain individuals to put forward motions at meetings - in the hope that order is properly maintained. However, other governing bodies will allow any individual within the body to put forward their ideas. Like presenting a motion, the rules surrounding who can make motions will be laid out in the governance policies established by the board. That's why taking the time to read through and create such policy documents is crucial. In a democratic society, the majority of us will want anyone at a meeting to be able to put forward a motion to vote upon. However, the practicalities of allowing that to happen sometimes necessitate rules limiting who can make a motion at a board meeting to a select few.

What Does It Mean to Second a Motion?

Seconding a motion is when another member of a collective body supports the motion being discussed for wider agreement. Seconding a motion can be a helpful procedure to have in place as it means that only motions that have some form of support from other members are debated for a future vote. That can be very helpful as it means that minimal time is wasted discussing a motion that no one, other than the person proposing it, supports. As a result, it can help instill order at a meeting with many members. It means that those at a meeting make optimal use of their time and only ever discuss issues that are truly worthwhile. Some governing bodies will therefore have strict rules surrounding what seconding a motion requires from other members.

When is a Motion Passed by Members in the Meeting?

Earlier, we identified that a motion is a proposal that a member of a board, governing body, or collective puts forward to other members at a meeting to discuss. When the motion is debated by those at a meeting, it helps bring about a resolution to the issues that the person bringing forward the motion has highlighted. When a motion is passed, therefore, it means that members of the board or collective have voted for what the motion proposer has suggested.

How Do Rules for Motions Work

The rules that surround how to vote for motions will depend on what rules the members of a governing body put in place. In some instances, the governing body will want a simple majority to pass a motion, whereas some will want a ballot where there is the aforementioned two-thirds majority - among any other relevant rules which have been put in place to make voting on motions a fair process.

The voting process for a motion will not always necessitate a great deal of work - in some instances, simply a show of hands is enough for the vote. However, in other meetings, board motions will require members to use a more sophisticated procedure that follows all the established internal rules before the vote can take place and be considered valid.

How to Call a Vote in a Meeting?

Like the rules that surround making a vote for a motion at a meeting, the steps that members should take to present a motion will be different among governing bodies. The key is to outline those steps clearly so that all members know what is required of them at a meeting, should they want to put forward an idea for other members to vote upon.

In some instances, a vote will necessitate having formal documentation submitted to all board members prior to a meeting, while in other scenarios all that will be needed is for members to have the opportunity at a meeting to discuss any relevant business.

Create and test motions in ElectionBuddy for free.
Start For Free