For Executive elections, the most common option is to choose one candidate, followed by ranking candidates and assigning votes to candidates.

For Executive elections, it is very common to choose a single candidate from the list with the candidate receiving the most votes being declared the winner. This is also known as Plurality Voting or First Past The Post. 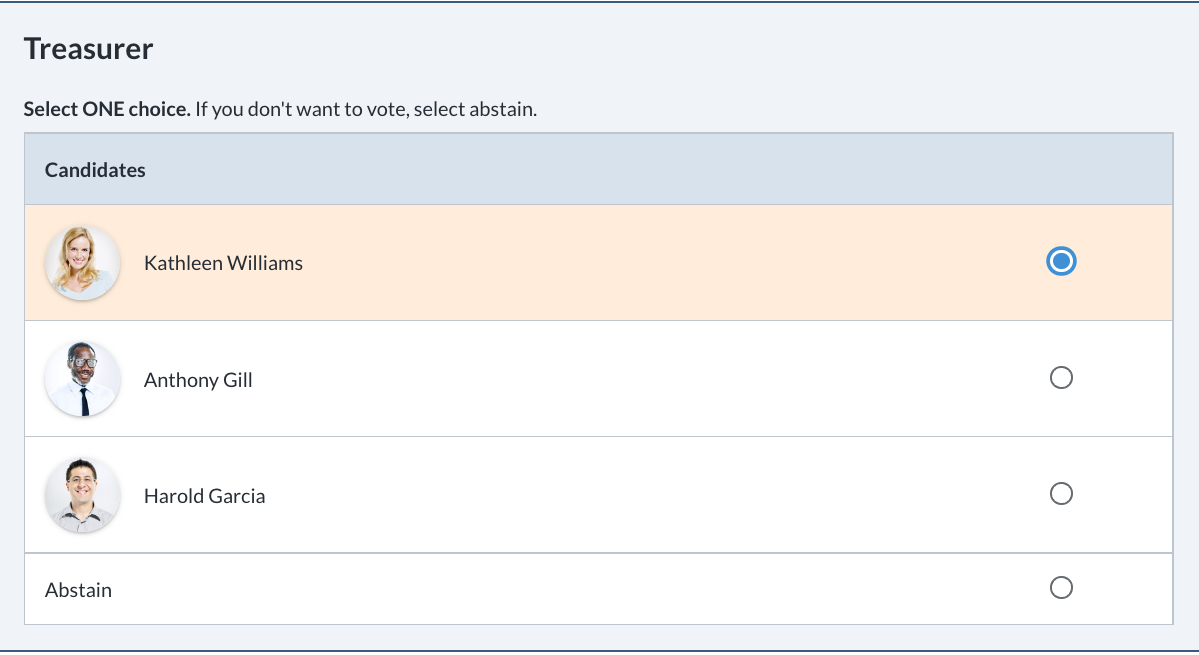 Any number of candidates can be added, as well as an abstain option to allow voters to vote without declaring a choice.  One candidate is elected, and results can be tallied using the Plurality Voting method. The results can be tallied to allow a majority result to be announced. Other voting methods are available to use in an Executive Election, including Ranked-Choice ballots in a preferential election or Split Voting.

When a Ranked Choice ballot is used to select Executive Officers it ensures every vote counts. Voters choose the candidates on the ballot according to their preference, giving each candidate an equal opportunity to participate in the vote. Voters numerically rank the candidates with the most preferred candidate winning. This is also known as Preferential Voting. 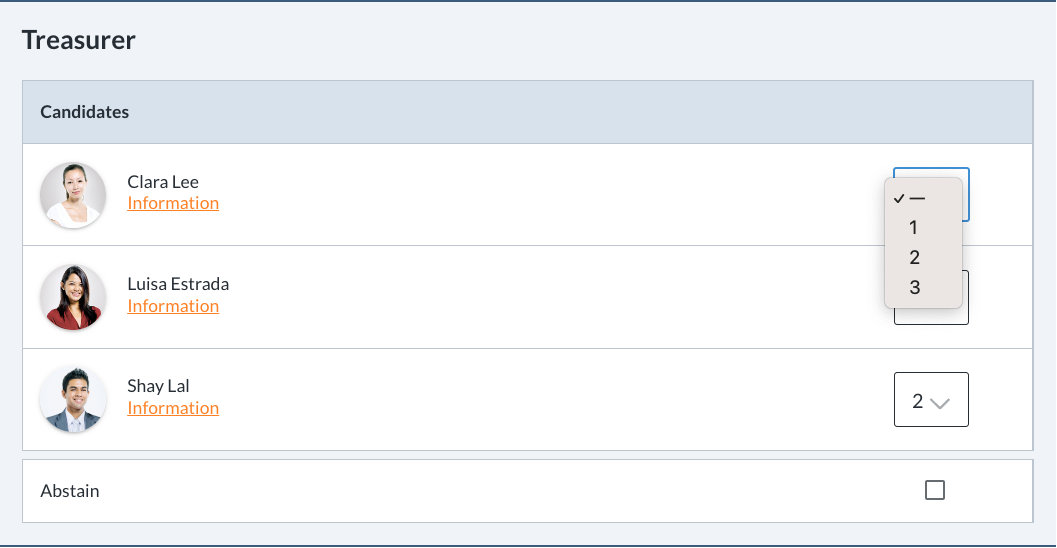 In contrast to Plurality Voting, where there is no way to gauge voters’ preference among the candidates they choose, Preferential Voting allows voters to rank candidate preferences and these preferences are used to transfer votes to determine a winner when a candidate does not achieve a majority of voters’ votes.  This avoids having to run a separate runoff vote to break the tie.

Approval Voting allows voters to approve one or more candidates. Even though multiple candidates can be selected, as a single-winner voting method, only the candidate who is selected most often is declared the winner. 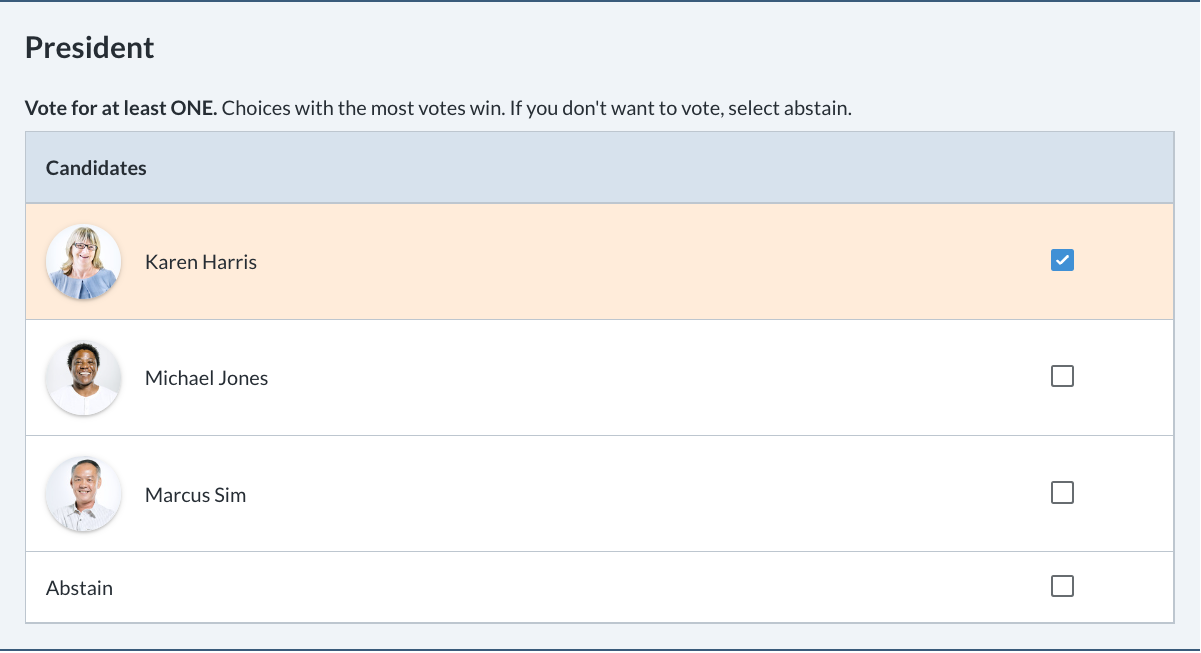 Although Approval Voting isn’t as common as Preferential Voting or Plurality Voting, it combines some of the best parts of the Plurality and Preferential voting systems. Similar to Plurality, voting is simple, as voters just click the candidates they like. And similar to Preferential, voters can define preferences for their chosen candidates.