Voters review an attached document with all the amendment edits and choose to approve or reject the proposed amendment. 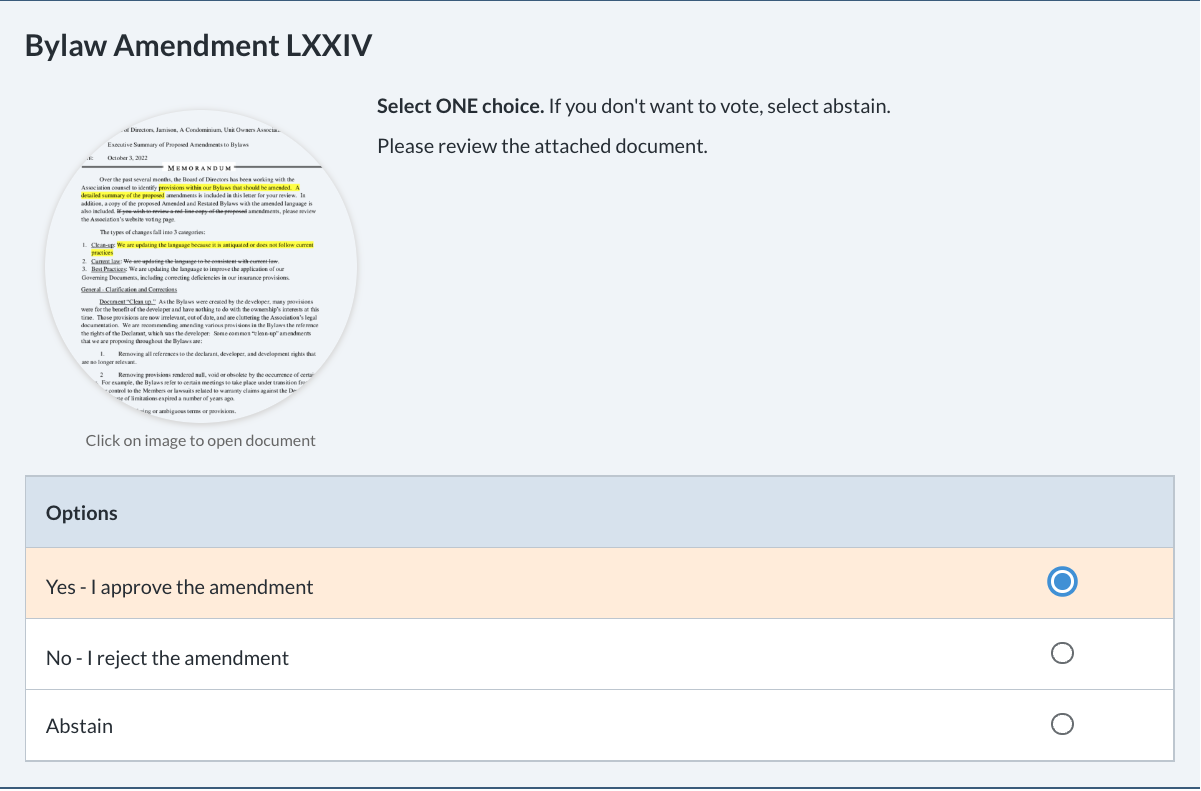 The standard process for amendment approvals is to have members read the amendment and then vote either to accept or reject the amendments as provided, or abstain from voting due to a conflict of interest or lack of familiarity with the amendment issues. Bylaw amendment ballots typically use Plurality Voting. The attached document can include detailed formatting including highlighting which outlines additions, strike-throughs for removed sections, and similar formatting for wording changes and new or altered ideas.

Voters approve or reject a bylaw amendment by reviewing a summary of text changes which is shown directly on the ballot.

When a proposed amendment is short or only impacts a single section in the bylaw, bylaw changes can be shown within the ballot as opposed to within an attached document. Text formatting provides clarity to the proposed changes, by highlighting additions and strike-through of removals.

Similar to the two prior examples, voters view the amendment and then vote to approve or reject.  In addition, voters can optionally offer comments, feedback, and suggestions. 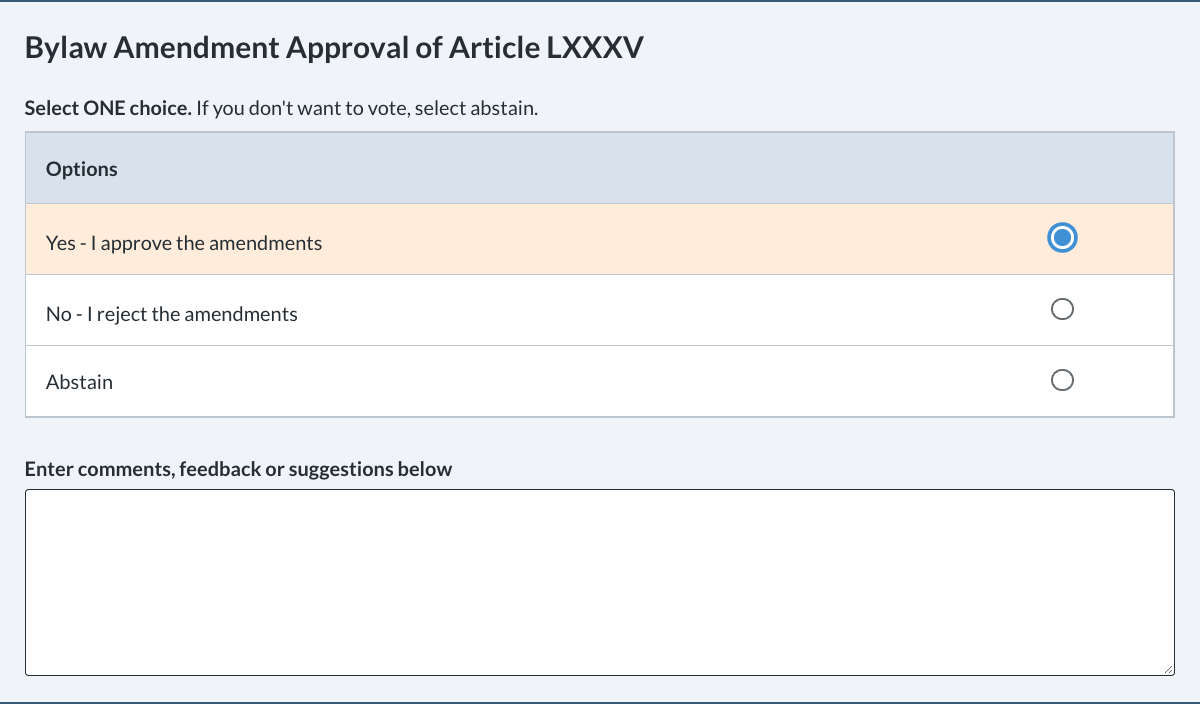 Members review the statement and then decide if they approve or reject the amendment using Plurality Voting. In addition, asking for comments can be useful if looking to collect feedback or voter questions/concerns about the amendments being voted on in the election.