An Award Election is one where an award is given based on a vote by an audience or group of peers or based on an opinion by a judge or a panel of judges. Three of the more common ballot types are choosing one award nominee, ranking multiple award nominees, and approving award nominees.

ElectionBuddy announces the nominee - the most votes is the winner. 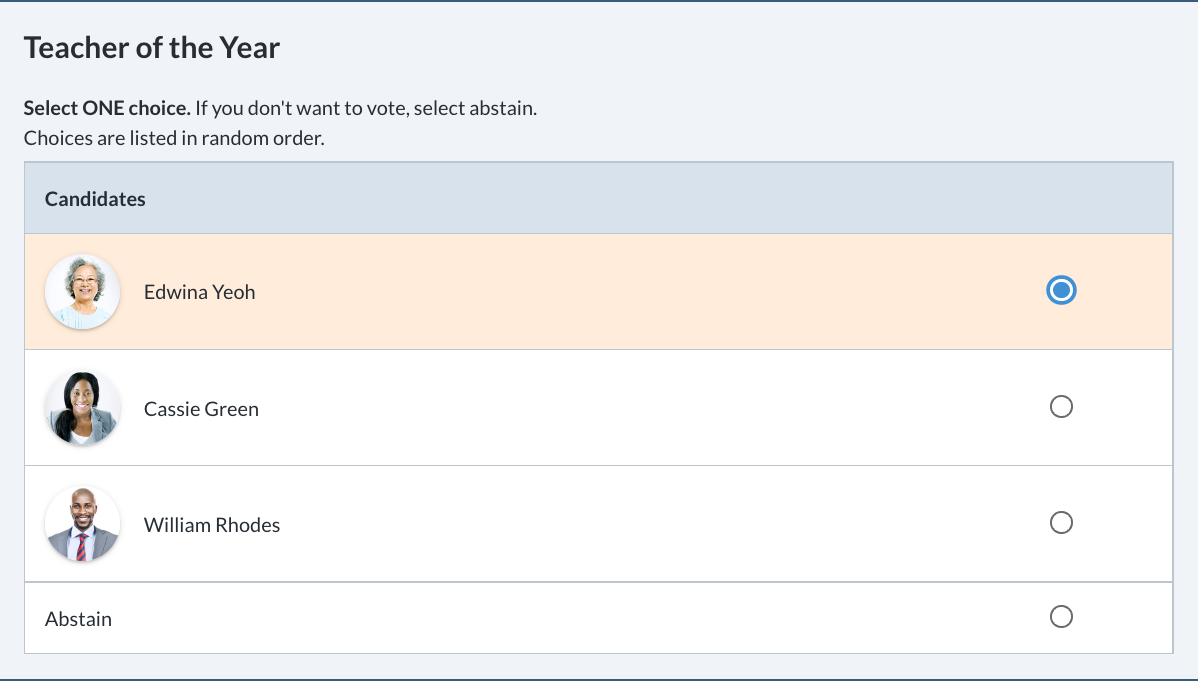 For single-winner awards, ElectionBuddy offers a variety of voting methods. The most common for single-winner is Plurality, where the voters are required to pick the candidate to win the award.

The most preferred nominee wins. 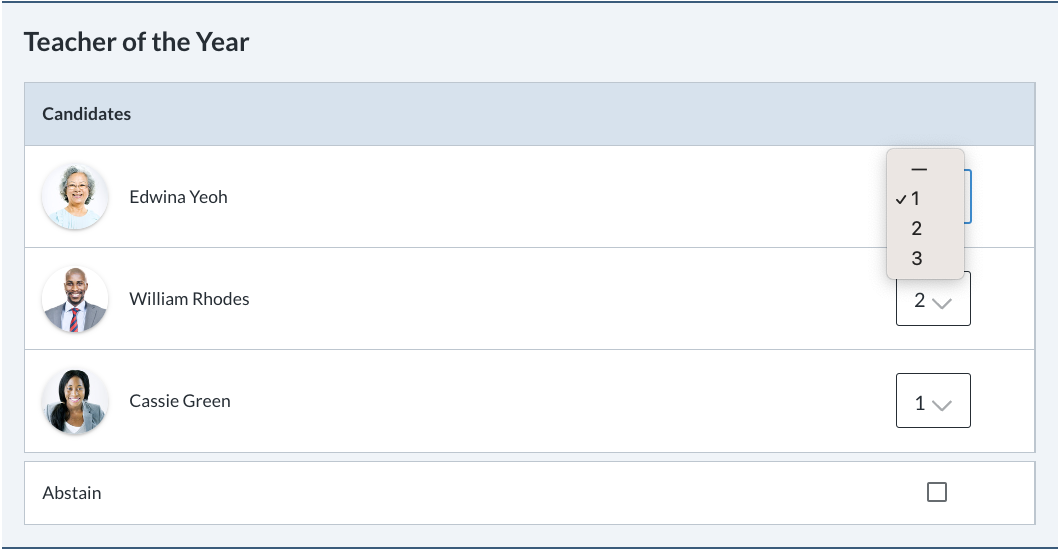 The Preferential Voting method has several benefits over using a Plurality Voting method. It provides a sense of what the voters think of all of the candidates, and not just which candidate is their most popular. It also allows voters to choose several candidates and transfer votes if their most preferred candidate gets eliminated.

Voters approve nominees. The nominee with the most votes wins. This is known as Approval Voting. 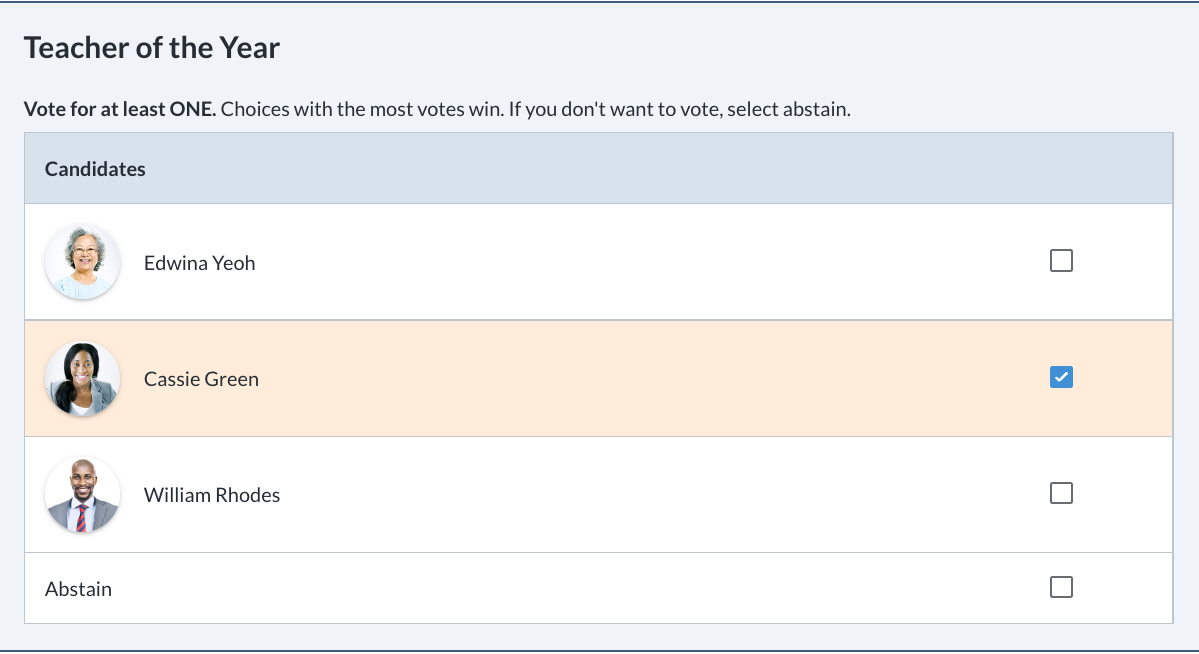